One of the most insane experiences I’ve had? Swimming with whale sharks in Holbox, Yucatan Mexico! MORE photos here: http://bit.ly/mexicosharks *Swimming with whale sharks is not as straightforward as I thought at first though. To get to the island of Holbox, I had to take a nearly 2-hr. (one way!) private transfer with KarmaTrails.com from Playa Del Carmen to Chiquila, the only port serving the island.

Upon arrival to the port, you have the option to book a fixed price ferry ticket with one of two companies – ttheir schedules vary by about 30 mins., so go grab one from the company that offers the next departure! That ferry ride was easy and comfortable, with AC, for 20 mins.

Upon arrival to Holbox Island, you are picked up by your hotel ( hopefully ha ha as the golf cart taxis are hard to come by, especially in high season). If you take the earliest ferry at the crack of dawn its possible swing with will sharks that same day, but since that’s very unlikely, you will probably spend your first afternoon and night chilling at this colorful laid-back island.

I stayed at the beachfront Holbox Dream Hotel by the way, excellent choice!

The next morning, I was picked up around 7 AM to head to Holbox Island’s second port to board a boat that would take us to the open sea swim with whale sharks. My room at Holbox Dream Hotel was a short, pleasant walk through the beach there so that was wonderful as well.

Typically, breakfast is not provided by the Holbox whale sharks tour operator, but don’t fret: there is an excellent food cart just by the port, selling cheap seafood tacos for as little as 20 Mexican pesos each! Amazing! Fill up because you’re going to need the energy to swim as fast as you can to stay beside the whale sharks later on.

Holbox whale sharks migration patterns can only be estimated, so your trip could be as short as one and a half hour closer to two hrs. and 15 mins., like mine! It can be wavy so pack those sea motion sickness pills if you need them.

We gotta follow the currents, follow the plankton, which in turn will take us to the majestic whale sharks!

Don’t be alarmed by the amount of boats you will see in the whale sharks feeding area once you are in the open seas of the Gulf of Mexico. Only one boat is allowed to get close to a whale shark at a time, so there’s plenty of space between them due to regulations.

Once your boat spots a whale shark in the vicinity (and no other boats nearby), a maximum of 2 snorkelers + one guide will jump several feet ahead of it. Then, you split up as the whale shark swims toward you — and stay by the whale shark’s side as long as you can.

Many of the snorkelers on my boat got tired fast, so I got to swim for long periods of time with each of these beautiful beautiful giant creatures. I think I cried underwater more than once 😀

The Holbox whale sharks operator KarmaTrails.com works with a loud each snorkeler to stay in the water as long as he wished — but once up on the boat, couldn’t jump swim with other whale sharks until everybody else in the boat had a chance, by rotation. Very organized, gentle to the whale sharks, respectful of their space. Loved everything about my tour – except a couple of bad swimmers that got way too close to the whale sharks…

In my case though, it was the complete opposite: some of the whale sharks just kept swimming toward me as I tried to swim away, almost as if they were playing with me!

You will see in the video above that a whale shark just stood by me and didn’t even swim, but rather stayed put by my side for several minutes — it was so, so so magical and such a special moment to me.

We spotted incredible pots of dolphins and even a giant manta ray among hundreds of whale sharks as well. I have no words.. I giggle every time I think about this experience. One I would repeat over and over again! 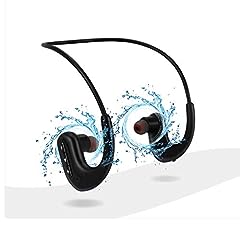 🎵【FULLY SUBMERSIBLE】--The MP3 player headphones is the highest waterproof level (IPX8) that are designed for long period use in water. Designed for sports like swimming, running, fitness, exercise and the like. 🎵【MP3 PLAYER FUNCTION】--Waterproof Head... (as of October 22, 2020 - More infoProduct prices and availability are accurate as of the date/time indicated and are subject to change. Any price and availability information displayed on [relevant Amazon Site(s), as applicable] at the time of purchase will apply to the purchase of this product.) 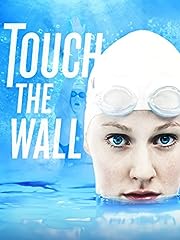 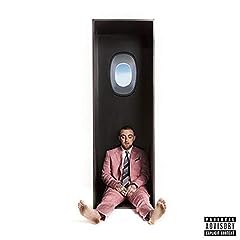 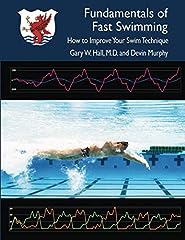 
Fundamentals of Fast Swimming: How to Improve Your Swim Technique