Ramon Llaneza diving rebreather explore stargate the entrance to alien underworld in Belize and Bahamas. Watch more details about this exploration at https://youtu.be/mh49kkENw_Q . The Mysterious Belize Great Blue Hole is a large underwater hole off the coast of Belize. It lies near the center of Lighthouse Reef, a small atoll 100 kilometers (62 mi) from the mainland and Belize City. The hole is perfectly circular in shape, over 300 meters (1000 ft) across (diameter), 3140 feet circumference and 125 meters (410 ft) deep. It was formed as a limestone cave system during the last glacial period when the sea level was 400 to 500 feet below present time and was dry land. Last glacial period began about 120,000 years ago and end about 15,000 years ago. Reaching the maximum extension 26,500 years ago. At the end the ocean began to rise, the caves flooded, and the roof collapsed. Believed to be the world’s largest feature of its kind, the Great Blue Hole is part of the larger Belize Barrier Reef Reserve System, a World Heritage site of the United Nations Educational, Scientific and Cultural Organization (UNESCO).
The hole itself is the opening to a system of caves and passageway that penetrate this undersea mountain. In various places, massive limestone stalactites hang down from what was once the ceiling of air-filled caves thousand of years before the end of the last Ice Age 15,000 years ago. When the ice melted the sea level rose, flooding the caves. This process occurred in stages. Evidence for this are the shelves and ledges, carved into the limestone by the sea, which run the complete interior circumference of the Blue Hole at various depths. The Blue Hole is a “karst- eroded sinkhole.” It was once a cave at the center of an underground tunnel complex whose ceiling collapsed. Some of the tunnels are thought to be linked right through to the mainland, though this has never been conclusively proved. Notable are the large population of sharks such as lemon, black tip, reef, hammerhead, and bull sharks.
Mysterious and legends always have been around the Belize Blue Hole. This was the entrance to Xibalba?. It’s the kind of underwater geology that inspires speculation about aliens creating geometrically perfect anomalies, mermaids and monsters living in darkness.
I explored the bottom of the Blue Hole perimeter (3,140 feet circumference). To do this I dove down twice, reaching the depth of 375′ feet which took 4 to 5 hours of diving each day.
Video Music:
Start to 2:18 min. “Dawn From Four Sea Interludes” by Benjamin Britten
2:18 to 4:37 min. “300 Violin Orchestra” by Jorge Quintero
4:37 to End “Groove Armada” from Tomb Raider Soundtrack
Dive Profile; Rebreather Dive with Trimix 8/60 for Maximun Deep 375 fsw Bottom time 29 min Inboard gas 24 cuft Trimix and 24 cuft Oxygen. Deco Time 251 min Run Time 280 min. Deco gases for Bail Out plan for fatal rebreather failure Outboard gas with diver 160 cuft (Two 80 cuft) botton gas Trimix 8/60 to reach 150 fsw Safety divers waiting at 150 feet deep with deco gas 80 cuft Air from 150 fsw to 110 fsw 200 cuft Nitrox EAN32 From 110 fsw to 20 fsw 120 cuft Oxygen 20 fsw deco. 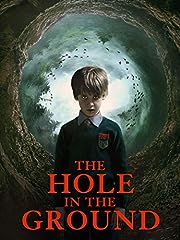 
The Hole In The Ground 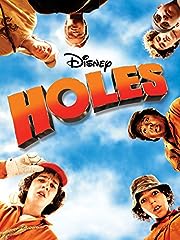 
Hole in the Wall - Episode 01 - Daredevil Divas vs Stunt Studs 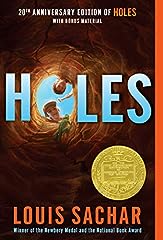 9780440414803 (as of May 18, 2020 - More infoProduct prices and availability are accurate as of the date/time indicated and are subject to change. Any price and availability information displayed on [relevant Amazon Site(s), as applicable] at the time of purchase will apply to the purchase of this product.)

Wats the white stuff at the bottom

We saw abundance of sea life during our family’s visit to Belize. See for example our nurse shark dive at Hol Chan Tunnel: https://youtu.be/BhoWoaSUHvE
Or see the highlights from our ray and turtle dive: https://youtu.be/nUOQVO0QJmw

Man that music is freaking scrazy

The music is intolerable .

A wild magikarp has appeared

Wow, very interesting. I would never have the courage to do something like this, so I appreciate being able to see it on video – thank you.

This vid is so creepy They should have use submarine for documentation like this. Nyways, such a brave man.

I’ll bet the sharks stay pretty hungry in this place.
I’ve never seen such deep water and no other sea creatures in it.
That poor crab even starved to death.
Really neat video. Liked it ..

How did you guys not see sharks

wheres all the fish?

I actually
Went to
See it

OMG
I
COULDN’T
BELIEVE
IT

imagine if they’re lost on the hole

The second song belongs in a sports highlight reel…

What is the song at 2:42 someone pls answer

wohh im afraid in black ang blue side but still thankful for bringing us in that part of the sea i just wonder if theres something that would bite him like big fishes or sharks and big octupus? hahhaha

Around the top edges of the hole life is abundant, thriving and beautiful. As soon as you crest the edge of the hole, even the fish won’t follow. I have snorkeled and scuba dived all over central America, and even dove to about 90 ft in to that hole, and I can assure you, you just can’t escape the feeling of something just isn’t right about that darkness.

I live there O_O

But I thought a legendary sea monster was in there living?