In this spooky underwater adventure, Jonathan travels to Merida, in Mexico’s Yucatan peninsula, to explore cenotes that were used by pre-Columbian Mayans for human sacrifices. Reaching the cenotes requires rappelling down into the Earth and lowering all the gear. The underwater exploration requires advanced cave diving techniques and the cinematography in this environment is extremely challenging, particularly the lighting. This beautifully shot adventure will leave viewers on the edge of their seats!

You can buy some Blue World T-shirts & Swag!
http://www.blueworldtv.com/shop

66 million years ago, an enormous asteroid tumbled through space. Travelling ten times the speed of a rifle bullet, this celestial missile was on a direct collision course with Earth.

It smashed into Earth with such force that it triggered powerful earthquakes and volcanic eruptions. The impact threw a cloud of dust into the atmosphere, cooling the planet and killing the dinosaurs.

The impact crater is located just north of the Yucatan peninsula, in what is now Mexico. Around the outer ring of the crater, cracks formed in the limestone, allowing groundwater to flow through, eroding into caves. When a cave ceiling gets too thin and falls in, you get what is known as a cenote. The word cenote was derived from the Mayan word ts’onot meaning “sacred well”–A source of water, and an entrance to the caves.

Fast forward to 2,000 years ago, the Maya civilization dominated central America. They built their cities near the cenotes so they had access to fresh water from what are essentially super clean underground rivers.

Thanks to that asteroid, there are more cenotes in this area than anyplace else in the world–thousands of them running along the rim of the ancient crater. It’s an incredible place for some underwater exploration!

At last we reach cenote Sha-An and the guides start setting up. Looking inside the cenote, I can tell you this, I would not want to fall in there by accident. The surface of the water is 50 feet down and the only way out would be climbing a tree root! But it’s absolutely breathtaking.

I lead the way into a gorgeous passageway that almost looks like a miniature riverbed, with pebbles paving the floor. The white limestone walls reflect my video lights, making beautiful illumination.

Cenotes were also believed to be entrances to the underworld–and therefore pathways to the Gods.

In pre-Columbian times, the Maya people ruled Central America. They built staggering cities, which included massive step-pyramids as temples to the Maya gods. They performed rituals that they believed would keep the gods happy–to insure their good fortune.

The Mayans would often throw offerings into the cenotes to please Chaac, the rain God. Sometimes those offerings included human sacrifices.

We arrive at Cenote San Antonio. This tiny opening was once an important place to the Mayans. So important that we had to get a special permit to dive here.

The walls are made of sedimentary rock formed from an ancient seabed. All kinds of shells are stuck in it, including this perfectly-formed sea urchin skeleton.

As we drop further, I focus my camera on a jawbone. It’s the jaw of a horse, which probably fell in here by accident and drowned. Nothing can escape this watery trap.

Near the jaw, I find my first trace of a human presence—a broken piece of pottery. I have to get my head around the fact that this is a pre-Columbian artifact more than a thousand years old.

Moving away from the walls and out into the middle of the cenote, I find a bone. This is no horse bone—it’s a human tibia, the lower leg bone. And near it, the femur. Humans are buried here.

Not far away, a ghostly sight—a human skull resting peacefully next to a perfectly intact earthen bowl.

At this depth in fact there are human remains almost everywhere I turn.

Of course we don’t touch or disturb anything. Not only is this a gravesite, it’s part of an ongoing archaeological study. We can look but we definitely cannot touch.

Nearby, a jaw with molars that have cavities. What can be learned of the ancient Mayans from clues like this?

But not everything down here is about death. This cenote has some of the most prolific cave fauna I have ever seen, including many blind cavefish and a species of cave isopod I have never seen before. 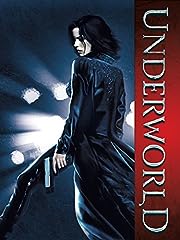 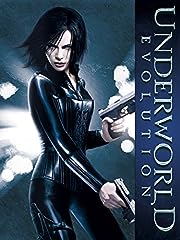 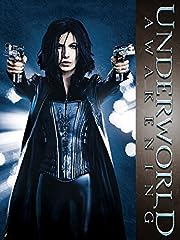 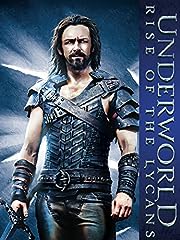 
Underworld: Rise of the Lycans

John your biggest video ever will be In Bigfoot Universe

how is the water so clear even after so much flesh which has decomposed?

I could watch these all day

Excellent video!!!
There is so much more, It seems that has yet to be discovered in the oceans. I always have been intrigued by the mystery that is the depths of the oceans. I can only imagine being you for a day. I bet it felt like an eternity while waiting for the gear to get loaded down before exploring.

this is by far the best video of ancient people i have ever seen. mysteries that can’t be solved.

You really risked your life here. There was no other way for you to get out than through that crack and no one was even using steel cables or hardened wire. You were using rope to pull a 190 lb man with another 45-70 lbs of equipment up a steep incline. That’s just insanity.

This is so cool

now we know hoe to make oir teeth white. just die, throw your head to the bottom of the ocean and walla you got white teeth

I am wondering if the local people there are afraid of the cenotes?? After all the superstition associated with the cenotes, and its history of human and animal sacrifices , I would think there is still people who fear them. After all, it has beautiful crystal clear water and beautiful stalagmites, stalactites,columns and unique and lovely rock formations, but it is still a watery graveyard.

I wanna do that

Johnathan is insane and I love him. Is this on TV?

We’re the skulls and bones from adults? Or were they “different sizes”?

Good evening and I have to say, I

That skulls teeth is whiter then mine??

i will never never never ever go there. even im paid. neverrrr
but thats a great vid. cooolllll

The skull teeth are so nice and perfect wtf

What camera do you use?

WHAT IS A CENOTE JONATHAN BIRD

Awesome show! You use the best equipment.

How is this so interesting.

OH GOD THIS IS SCARY :faints:

Wow, such clearwater! It looks like you all are floating through the air!
I’m stunned at how white the teeth are in the human skulls in the 2nd cenote. It’s kinda creepy seeing all those sets of remains.
Great episode! 🙂

The teeth are clean because fish eat the stuff on the teeth making them white. The fish r kinda like toothpaste.

Very interesting. Just subbed to your channel. That place you went in with human remains was very creepy.. By the way that first skull had some pretty teeth! I’m thinking, you don’t know how your getting out? Omg! I wouldn’t do it!

jonathan you should have 900 billion subs

As much as I loved diving, and I lived not far from several caves in Florida, cave diving was never my thing. It’s very exacting and it does not forgive mistakes that are made by careless divers. I have no problems diving with sharks and have had up close and personal meetings with Tiger, Bull and Great Hammerheads. Cave diving though is something I’ve only done once, and that was plenty for me.

Those skulls have whiter teeth then I do