I snuck my drone into a Mexican theme park

I snuck my DJI Phantom 3 Advanced into Xcaret theme park in Riviera Maya while on vacation a week ago. The park was really cool and worth the $149 USD each they charge for it. For that price we got transportation and Buffet lunch included as well as a theater show. Below is a little info on the park:

Xcaret Park (Spanish: el parque Xcaret) is a privately owned and operated theme park, resort and self-described ecotourism development located in the Riviera Maya, a portion of the Caribbean coastline of Mexico’s state of Quintana Roo that has been designated as a zone for tourism development. It is part of Xcaret Experiencias Group which also owns the Xplor Park, Xel-Ha Park, and Xenses Park; as well as the Xichen, Xenotes, and Xoximilco tours and activities. It is situated approximately 75 kilometres (47 mi) south of Cancún, and 6.5 kilometres (4 mi) south of the nearest large settlement Playa del Carmen along Highway 307. It is named after the nearby archaeological site Xcaret, a settlement constructed by the pre-Columbian Maya some of whose structures lie within the boundaries of the park’s 81 hectares (200 acres) of land holdings.[1]

From 2010 to 2015, Xcaret Experiencias has been recognized as one of The Best Mexican Companies (Las Mejores Empresas Mexicanas), a recognition promoted by Banamex, Deloitte México and Tecnológico de Monterrey.[2]

The Ecological Park is built in the same area as the archaeological site and has the same name, Xcaret.

The land was originally purchased by a group of Mexican entrepreneurs, led by architect Miguel Quintana Pali. 5 hectares of the land was purchased in 1984.

When he began to clear the land, he started uncovering cenotes, sinkholes formed by collapsed cave ceilings weakened by 3 million years of erosion from underground rivers running through them and flowing into the sea.[5] He saw the potential for tourism and formulated the idea of an Ecological Park open to the public, and soon joined forces with Oscar, Marcos and Carlos Constandse, achieving this goal in December 1990.

At the same time, contact was established with the National Institute of Anthropology and History (Instituto Nacional de Antropología e Historia) with the objective of rebuilding the remnants of the Mayan pyramids and buildings that were found in the area. The park’s administration subsidized all the operation and the INAH put in charge a team of specialists.

The nature-based attractions of the park include a river that goes through the Mayan village, a subterranean concrete sluice in which people can swim and snorkel with a life vest. Near the inlet there are recreational activities at the beach, snorkeling, Sea Trek and Snuba in the nearby reefs, or swimming with dolphins. The park also has a coral reef aquarium turtle nesting site. Next to the inlet there’s an area for manatees. The park also has a bird pavilion, butterfly pavilion, bat cave, orchids and bromeliad greenhouse, an island of jaguars, and a deer shelter, among others.

The cultural attractions include an open church, replica of a Mayan village with real artisans at work, a Mexican cemetery, a museum, an equestrian show, Mesoamerican ball game, an open theater with performances of pre-Hispanic dances, Papantla flying men and the Gran Tlachco (theater with a six thousand people capacity) where the Mesoamerican ball game is represented, as well as the meeting of two worlds, the Mayan and the Spanish, and the presentation of several Mexican folklore dances. Other demonstrations of Mexican traditions include Day of the Dead celebration and the “Travesía Sagrada Maya” (Mayan Sacred Crossing), an annual rite when Mayans would cross the sea from Xcaret and Playa del Carmen to Cozumel to pay homage to the lunar goddess Ix Chel. The modern version is a re-creation of this rite done in late May to early June.[6]

The park also has a Temascal and Spa, has 11 restaurants, dressing rooms, souvenirs and handicrafts stores, as well as an adjacent all-inclusive resort hotel.

Be sure to add me on social media to see a more in depth look into my life.

Business inquiries can be made by contacting me at

The Sanük™ staple receives the feminine treatment with the delightful Donna! "They're not shoes—they're sandals!" Distressed canvas upper creates some kickback, casual style. Herringbone texture keeps it fresh and goes with everything. Cushy sandal f... (as of October 29, 2020 - More infoProduct prices and availability are accurate as of the date/time indicated and are subject to change. Any price and availability information displayed on [relevant Amazon Site(s), as applicable] at the time of purchase will apply to the purchase of this product.) 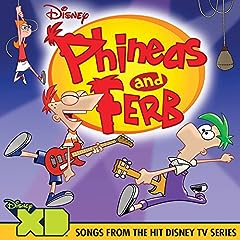 
You Snuck Your Way Right Into My Heart

(as of October 29, 2020 - More infoProduct prices and availability are accurate as of the date/time indicated and are subject to change. Any price and availability information displayed on [relevant Amazon Site(s), as applicable] at the time of purchase will apply to the purchase of this product.) 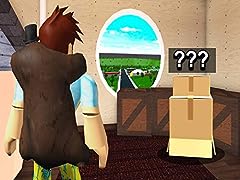 
Clip: Mystery Girl Snuck Inside Who It Was Will Shock You!

(as of October 29, 2020 - More infoProduct prices and availability are accurate as of the date/time indicated and are subject to change. Any price and availability information displayed on [relevant Amazon Site(s), as applicable] at the time of purchase will apply to the purchase of this product.) 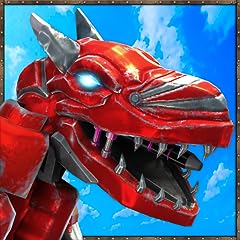 Addictive game play Awesome 3D city environment Realistic Dinosaur and Robot Anatomy and Physics Action packed and multiple task-based missions Realistic sounds & visual effects Multiple dino appearance to choose from (as of October 29, 2020 - More infoProduct prices and availability are accurate as of the date/time indicated and are subject to change. Any price and availability information displayed on [relevant Amazon Site(s), as applicable] at the time of purchase will apply to the purchase of this product.)

Beautiful area, I’d love to visit sometime. I haven’t been on vacation since buying my drones. Should be blast when I get the chance to travel!

“They speak Mexican!” 😛 Came out pretty nice for 1080. You forgot to mention the tequila shot that your wife did too. lol

Man that was nice. That park is really big.

Dont ever apolgize for “high” footage, Some of your high footage clips are the most colorful and beautiful! Keep up the great job, Look forward to your next vid.

Before scenery and colors

lol its against the guidelines in the states, so my guess is you’re good to go!! lol.

Really? Mexicans speak Spanish! Not Mexican. Do you speak white? Not! English!! Just get it right!

Mexican? really? thats your problem for sure you are a retarded redneck

Stop beating up on yourself! That was a Great flight! Description was a little long….. But that’s ok! Thanks for sharing!

Now I want to go there!

Jesus man. you running drugs these days? don’t know anyone who travels like you do.

Do you shot your videos in 4K and downsample to 1080 or do you just upload 4K? I can’t see the highest resolution, only to 1080p in my phone

cool video Mike ..do you use a range extender when you fly ?keith uk

woooow awesome i can’t drive those thing to save my life lol great vid though !!

Ou! Burlington! I’m there quite often

Nice high view there !  Sometimes better to ask for forgiveness than permission…the rebel’s creed.  I like rebels. ;  )